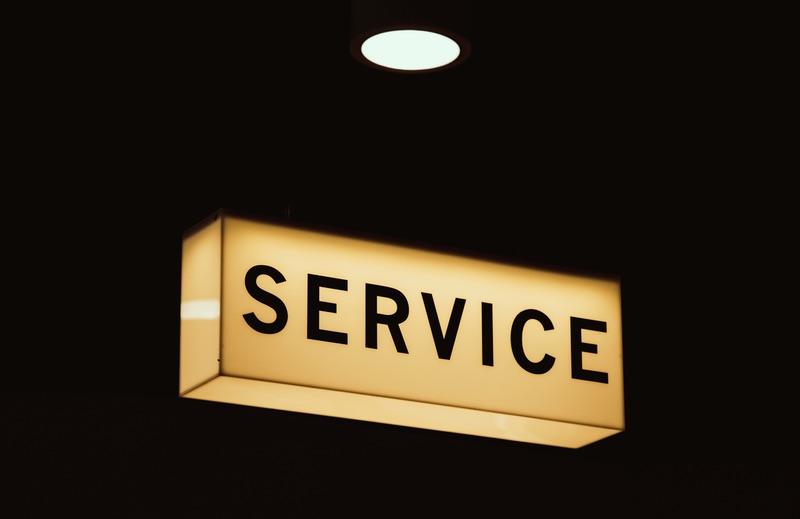 Are we still talking about digital transformation?

In my last post on digital transformation, I argued that ‘digital’ and ‘transformation’ mean specific, different things to ‘IT’ and ‘change’. But does it do any harm to use them in our efforts to achieve better outcomes for our citizens and organisations?

Essentially, there are two sides to the challenge. Calling something ‘digital’ sets it apart as something special, which is unhelpful when the ambition is to shift whole organisation cultures. Talking about ‘transformation’ puts us on a path to big-bang changes that are disconnected from people’s needs and capabilities.

Digital: an exclusive club we shouldn’t want to be part of

This argument says that adopting internet-age tools and culture into a special team that calls itself ‘digital’, and has a special leader – the Chief Digital Officer – is a bad idea.

The organisation can shirk ownership and leave it all to the digital folks. Change is resisted as coming from outside, rather than being an organic response to recognising that service purpose isn’t being fulfilled. It’s also worth noting, as Perform Green’s Founder, Barney Smith, puts it, “We don’t have a pen and paper department.”

In one of his characteristic, self-described rants, Dave Clark pointed out that the things people find valuable about ‘digital’ organisations were achievable before the word ‘digital’ was used to describe them. For example, it’s always been possible to have a healthy working culture, open and progressive management, and a place where people enjoy their work.

Focus on the ‘doing’

So how can we adopt the tools, techniques and culture of internet-age organisations in a way where everyone feels part of the work? It is probably better achieved by ‘doing’ and letting people experience the benefits than appealing to a desire to be digital.

Let’s add another layer. Important though it is, ‘digital’ is not the aim. Most people working in this space would agree that we are aiming for service transformation, leading to better outcomes for the customers of the organisation. If we focus on the digital aspect, we can miss some of the deeper and more important things that need to change. Is the organisation’s purpose understood in terms of the people it serves? Does its business model fit that purpose?

Carl Haggerty published a number of impassioned posts about digital as a distraction. He also wrote about his evolution from a digital leader to a leader working on the system.

As Paul Brewer wrote in response to the news that West Midlands Combined Authority are recruiting a Chief Digital Officer, there are many other jobs that need doing. There must be other important roles filled to ensure that organisations working together in the region succeed in transforming people’s lives.

I keep using the t-word in this post. It’s an appealing idea – making a major change in people’s lives or an organisation’s capabilities. For me, transformation has always evoked the image of a caterpillar going into a cocoon and emerging as a butterfly. It has a completely different structure and new abilities. But perhaps there is a better metaphor for digital transformation – the evolution of organisms through lots of small adaptations over time.

Organisations are not machines with moving parts that confirm to strict physical laws. They can’t be acted on logically in a mathematical or engineering sense. We’ve been seduced by the simplicity of this idea in social science and business management. There are a host of reasons, not least that it’s such a powerful engine of ‘progress’ in science and industry.

But the reality is that organisations are more like living organisms. They are composed of reflective people, whose actions within an organisation’s structure lead it to evolve and change. Informed by purpose, they ‘inspect and adapt’ to what’s going on around them, rather than ‘blueprints’.

Evolution can lead to dramatic changes, but they happen over long periods of time and in response to environmental pressures, rather than plans. Of course, evolution also sees discontinuity and the extinction of old orders.

When there is radical change, those better suited for new conditions succeed and others fade away.

Transformation is about plans

All of these methods share the following underlying set of beliefs.

Does anyone actually know of a transformation programme that delivered the blueprint it started out with? One that didn’t have to change course, de-scope significant parts of the design, re-assess the business case mid-implementation and find different sources of benefits because the original assumptions turned out to be flawed?

Can anyone think of a programme where the people involved in and affected by the transformation didn’t turn around at the end and point out that they could have told leaders that problems would occur, if only they had been properly engaged?

Focus on the future

Of course, it’s possible to do anything better or worse, and you could argue that I’m just reflecting on the problems of poor practice. But there’s something more fundamental at work. We’ve come to appreciate the practices and principles of being agile organisations across the public sector A deep challenge to the traditional ways of thinking about policy and change has emerged.

It is received wisdom within Enterprise Architecture (EA) that it’s better to spend time on envisioning the future state than on documenting the as-is. This is usually said to be because EA teams can go into a darkened room to map the as-is then emerge two years later. They come up with a highly complex model that describes where the organisation was, only to find that it has changed while they weren’t looking.

I subscribed to this convention myself when I was a Chief Enterprise Architect. I encouraged my Enterprise Architects to focus on the future that we were trying to achieve. But the truth is that, all too often, we ended up with science fiction descriptions of a future landscape that nobody delivering services could recognise. The breakthrough for us came when we re-imagined Enterprise Architecture and design in relation to agile delivery.

I set out trying to understand how agile practices could be successfully applied within a traditional public sector context, like local government. To do that, I explored a lot of the thinking that GDS colleagues were sharing in their blogs. I also investigated Scott Ambler’s Disciplined Agile Delivery framework, which suggested a number of practical ways of bringing architecture and agile delivery together effectively.

Ambler describes the anti-pattern of ‘Big Modelling Up Front‘, which neatly summarises reasons that Transformation Programme Blueprinting is a flawed process. And Matt Edgar points out that agile organisations don’t need “the picture on the box“:

“Agile transformation isn’t a one-off thing that you do to get from A to B – it’s a continuous culture of iterative improvement. Agile organisations succeed through sensing, not planning.”

As Matt says, we need to bring empathy back into organisations. That’s how we understand how the people and their emotions construct the systems they work in. It’s also how we enable rapid and flexible organisational responses when unmet need is sensed.

These challenges to organisations are entrenched in the command and control, planning and prediction, discontinuous change mindsets. But such changes in approach are possible. David Marquette shows this in his must-read short book, Turn the ship around!, about a US Navy nuclear submarine crew (surely the epitome of a command and control context).

For most people and organisations that know they need to change, the reality is they need a blended approach, helped by new technologies and ways of thinking. There may be good reasons for rejecting big transformation approaches. But people want to know why they are heading for a new place. They need to have some idea of what it looks like and why it’s attractive.

I discussed this with my colleague, Tracy Dodds, Digital Services Manager in Bristol City Council. She pointed out that what’s needed is, “Small steps towards a bigger picture, with wiggle room to alter the path.” That respects the value of agile approaches and gives people some idea about the destination.

And even though we don’t want to abdicate responsibility to some elite digital unit, in practice organisations are caught in a Catch 22. People in the organisation often can’t break out of the day to day and think differently. It’s difficult for them to adopt new ways of working enabled by digital technology, because they can’t clear the initial space needed to reflect and learn.

This recognition inspired the creation of Perform Green. Barney Smith saw the value of stepping out from the day to day and offering organisations the kind of role that could work alongside people within the system. Perform Green provide a catalyst. We make space for people to reflect and then help them to step up and take action.

However, it’s also important that those working in organisations see that there is congruence from the very top. They have to see that the leader or Chief Executive supports new approaches. The Chief Executive of Stockport Borough Council is a great example.

I see a number of other great examples around the country in the public sector organisations I speak to. The ‘digital’ and/or ‘transformation’ teams work hard to make change and adopting new technologies everyone’s responsibility. They focus on culture and unlocking capability as much as bringing shiny new tools into the organisation.

And they also know that being able to use shiny new tools can be a way to unlock new ways of working and thinking. Those approaches may have previously been kept off the table by processes and systems that are unfit for purpose.

Good digital teams work closely with, or embedded in, teams that deliver services. They bring the user’s experience into sharp contrast so that the whole organisation can see what it’s really like for the people they serve.

Hearing and seeing how local government processes affect people’s attempts to live better lives has an emotional impact that helps to motivate change. Rapid service prototyping by the people who deliver that service can lead to better outcomes quicker than a blueprinted, planned programme.

I implied earlier that roles like Chief Digital Officer or Head of Digital Transformation could be seen as the wrong response. I want to conclude this post with some counterexamples to my assertion. People who are showing that leadership from within an organisation is essential to make the space needed for better ways of working.

People like Theo Blackwell, Chief Digital Officer in London, Martin Wallace, Chief Digital Officer in Scottish Local Government’s Digital Office, and Mark Gannon in Sheffield City Council are all good examples. They are instrumental in setting a vision and making spaces for new ways of thinking and working. They then bring in those people and organisations who can help them catalyse change across the whole of their local public services.

Great leadership is knowing that building coalitions of the willing and able is the key to spreading real change for our citizens.

Gavin Beckett is Chief Innovation & Research Officer at Perform Green. This post was originally published on the Perform Green blog.

Other articles by Gavin for Perform Green: