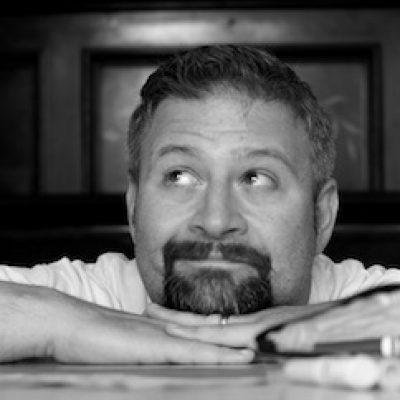 Chris Dymond is a digital strategist, facilitator, project manager and innovation specialist with over 25 years experience in digital and Internet technologies.

As an executive, he has been involved in building two successful web development agencies, and has led digital design and development projects for a vast number of clients, including Intel, Zurich Group, Innovate UK, Co-operative Bank, Metro Bank, Financial Times Electronic Publishing, Sun Life of Canada, Best Western Hotels, The Office of Government Commerce, Coventry University, Sheffield City Council, and many, many others.

Chris began his career as a teenage programmer in the 1980s, working for Hewlett Packard and XMIT Telecommunications where he introduced (then new) microcomputer technologies and designed new user interfaces to help people access information. He transitioned to multimedia authoring and then web design in the early 1990s, and co-founded Shift F7 Design Ltd in 1995 where he served as Creative Director and Head of Production for 6 years, supervising a team of up to 30 production staff.

In the 2000s, following a mid-career break to gain a 1st class degree in Inter-disciplinary Humanities from the University of Brighton, he moved to Sheffield and joined Technophobia Ltd where he built their technical project management function, becoming Head of Project Management and then Director of Business Innovation in 2008, in the process helping to grow the firm from around 35 employees to over 100. In 2011 Technophobia was acquired by Capita Plc for £6.7m, and Chris founded his own consultancy soon afterwards.

Since November 2011 he has provided digital strategy, transformation and innovation advice, trading as Unfolding, largely focused on projects to improve the digital capabilities and economy of his adopted city of Sheffield.

In 2014 Chris lead the process to develop a smart cities strategy for Sheffield, which resulted in the 2015 SmartSheffield report, and he has since then co-produced regular SmartSheffield meetups in the city, in conjunction with Arup Group.

In 2015, Chris co-founded Sheffield Digital, the association for digital industries in Sheffield, which works to develop the local digital technology ecosystem.

Chris is also a director of the UTC Sheffield Multi-Academy Trust, which operates two schools in the city that focus on technical specialisms and employer involvement, alongside a traditional curriculum. These schools provide specialist training in engineering, creative & digital media, sports science, computing and life sciences, and will serve over 1000 students when at full capacity.

Between 2011 and 2014, Chris also co-produced the TEDxSheffield event alongside Herb Kim from Thinking Digital, and is currently looking to bring the event back to the city in 2018.

Chris is very consciously a generalist, combining a very broad range of skills, knowledge and experiences into his practice. This is reflected in his academic background, having studied both Computer Science and the Humanities as an undergraduate, and International Politics at masters level; and aids tremendously in being able to bridge cultures and bring people into alignment with each other.

Chris is married with two children, speaks fluent German and Swiss-German dialect, is a Fellow of the RSA and holds a valid motorcycle license, although his wife quite rightly won’t let him use it. His hobbies include skiing, squash, global affairs, coding, and helping his kids become famous YouTubers.