Posted 11th May 2018 in Client work, News by Richard Barrington 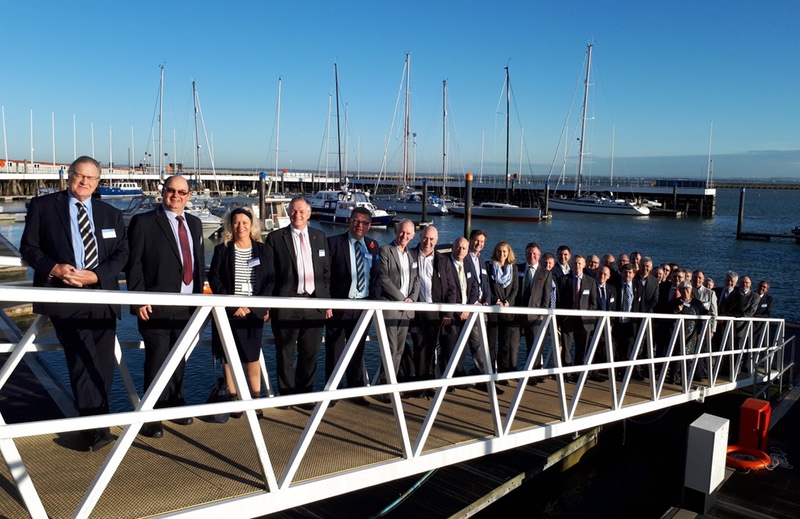 The Smart Island World Congress is an annual event and featured 95 speakers, people representing over 100 islands from around the world and almost 20 exhibitors.

The aim of the Congress is to bring island territories together and encourage them to tackle shared challenges, such as climate change, economic competitiveness, technological innovation and tourism.

The second edition of the Smart Island World Congress Awards ceremony took place on 24th April. Categories include the Smart Destination Award and the Sustainable Island Award – the Isle of Wight picked up the prestigious Smart Island Award.

Our work with the Isle of Wight

As Smart Society experts, Perform Green are working closely with the Isle of Wight’s regeneration team on its Digital Island Programme, that is a part of the wider regeneration initiative for the island.

Our collaboration with the Isle started in November 2017 with the development and hosting of the Solent Digital Conference. This event attracted over 150 people from the local technology industry and civil society including a number of local school students. The idea was to engage them in learning and innovating new solutions to a range of the Island’s challenges.

The Digital Island Programme itself brings together projects and a broad collaboration of public and private-sector stakeholders from across the island and elsewhere. The aim is to develop the digital identity, economy and services of the Isle of Wight.

The Digital Island Programme was developed in response to a number of changes to the Isle of Wight’s environment, including the following.

A key part of our work is to help develop a policy programme to capitalise on the Island becoming one of the most connected places in Europe. The aspiration is that high-speed connectivity can help the Island overcome some of the challenges it faces as a result of being separated from the mainland.

We also know that digital technology has the potential to play a role in addressing the Isle of Wight’s socio-economic challenges. The Digital Island Programme is an important part of developing a technology cluster to attract skills and knowhow, as well as tax revenue for the Island.

One other role the Digital Island Programme serves is to connect and amplify existing projects, such as TechIslandUK – a portal that promotes local tech companies.

It’s also a mechanism for bidding for new funds, including the:

There are currently over 30 projects under consideration or in progress.

Where we are now

The Digital Island Programme is designed to be an iterative and transparent process, repeatedly running through governance, engagement, project definition and evaluation cycles. We have just completed iteration one and there is plenty of work to be done.

To see the Isle of Wight pick up the Smart Island Award at the World Congress shows that the Programme is well on the right track. We’re delighted to be a part of its success and look forward to making great progress over the coming months.

You can learn more about Perform Green by looking at how the company was founded, our list of clients and some of our recent work. If you’d like to speak to us about a challenge or opportunity that we can help with, email info@performgreen.co.uk or phone 01242 964032.