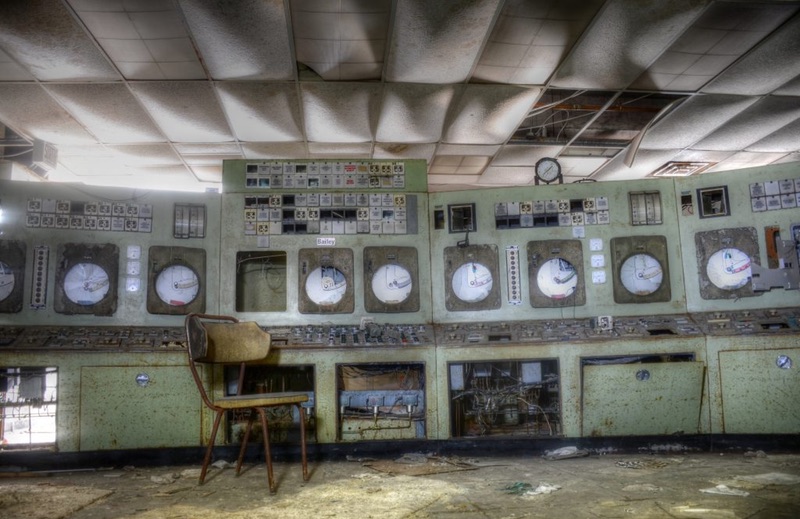 We need to talk about the state of the local government technology market.

Last year saw a new push to highlight the importance of “Govtech” and “Urbantech“. The aim is to define and shape the perception of this as a distinct market that’s worth investing in, just as Fintech has done for cryptocurrency, pure internet challenger banks and related services.

There is much to applaud about this positive attempt to improve the market through the mechanisms of venture capital. However, those of us who have worked in local government tech for the past few decades know that there’s a rather grubby underside to the market.

While we are directly employed by government bodies it’s difficult to talk openly. So we sit in corners at conferences and pass on warnings and war stories to each other. The hope is that we might save colleagues and tax payers from the pain and financial loss that we have suffered.

Now that I’m out of direct council employment I want to say more. But of course, it’s still potentially problematic to point straight at specific vendors.

I am going to attempt to thread a path through the danger and say something valuable. As you will read, I think there are serious problems. There are important challenges that need facing and addressing. Only then will we start to see what I believe is needed – meaningful change.

Let me start with a blanket statement. With a very small number of exceptions, the established local government technology market is populated by companies that fundamentally do not understand user research.

They do not start with user needs or design great user experiences. And they do not use the tools and techniques of the internet age to deliver working software rapidly, so that real users get value from it quickly and iteratively.

These companies have formed over decades through acquisition and aggregation. They have hoovered up rivals and complementary companies with products in different local government lines of business.

Rising in the 1980s as various Localgov functions first computerised, these companies were frequently started by a combination of people who worked in the service area and people who saw the potential of computing to automate processes.

Yes, I deliberately listed all of those separately. Because heaven forbid anyone should think that these are all types of fixed asset and could be managed from a common system. 😉

The software they created back in the day was based on the old paradigms of mainframe and mini-computer software architecture. Some are still fundamentally structured in that way, although most have eventually designed and released a PC fat client or even a Web 1.0 style interface.

I know many that started database migrations from things like PICK Universe to a standard relational database in the 1990s. Or they ported all of their modules from 4GLs, like PowerBuilder or Visual FoxPro, to a more modern codebase. In some cases, as far as I know, they still haven’t managed to finish it.

A key practice of these suppliers has been to define a comprehensive and impressive sounding product and market it to council services. Only once a few have bought into the concept and signed contracts would the company try to actually create the software.

It’s very easy to promise that a product can integrate with anything and contain a list of features when it’s a figment of someone’s imagination and a cleverly crafted set of slides.

Unfortunately, during the implementation project it often turns out impossible to produce the goods. The council finds it’s spent a lot of money on something that doesn’t meet what it thought were essential requirements. (Of course, there’s a whole other perspective here, coming from agile software development research, which tells us that 64% of software features are rarely or never used and big requirements up front are a ‘bad thing’. But that’s another blog post entirely…)

For those of you who know the Boston Matrix, pretty much all of the software systems I’m talking about sit firmly in the cash-cow quadrant. For decades, the suppliers have milked them with minimal investment. And to be fair, why wouldn’t they?

We as customers have acquiesced in this. Our behaviour hasn’t given the suppliers any reason to worry. We complain, but in general our only alternatives have been one of the other two or three mid-tier suppliers whose products are scarcely any different.

Our service delivery colleagues have been highly suspicious of IT’s attempts to suggest more modern but apparently riskier approaches to developing or commissioning new services from more internet-age suppliers.

As a result, we tend not to apply any leverage or actually vote with our procurement feet and leave the products behind.

It’s not only the software architecture and user experience of these systems that are generally woeful. More seriously, in this connected age, very few of the suppliers that work with local government with properly understand good security principles and practices.

Even those providing software as a service via G-Cloud, who claim to be compliant with security requirements, often do not assess the security of their data centres through standard means, like pen tests, or any concept of encrypting data at rest.

When you speak to them about these things, they don’t demonstrate an appreciation of the value of security. They don’t explain that they have other means of achieving defence in depth etc. Instead, they tend to say that, “no other council customers have been worried about security.” They then insist that we pay to pen test their services ourselves. I think we would all agreed that a basic level of Infosec understanding is fundamental for services that store personal data on citizens.

Of course, Infosec isn’t just about confidentiality and integrity – availability is also important. You’d think that a SaaS provider on G-Cloud whose product is intended to offer a generic capability for use across multiple digital services (let’s say Booking as an example) would be managing their “cloud” hosted infrastructure according to modern practices.

For instance, how about insulating their various customer’s instances from each other, so that changes applied to one would not affect others? Or having such good continuous integration and test-driven development practices that they had found and removed any issues before moving to a live release of code across a multi-customer platform. That would certainly be the experience of customers of e.g. Salesforce.

But no, sadly even “market-leading” local government SaaS providers have been found to have no concept of technical change/release management in a multi-tenanted cloud hosting environment. It’s quite frustrating when your public services are unavailable to citizens who want to access e.g. the ability to book an appointment to register a birth, because the supplier has taken out their platform due to changes to another customer’s instance 🙁

And it’s not just security. Accessibility and responsive web design are two other topics that are like alien worlds to most local government suppliers. And yet these are not new disciplines. There are many examples of digital creative agencies and web app providers selling to the wider market who employ thousands of skilled and knowledgeable designers and developers, building accessible and responsive websites and services every day.

The inescapable conclusion is the the few mid-tier suppliers who have monopolised the market for the past three decades are simply not looking up and out at the rest of the industry.

What is stopping the market from changing?

You would think that by now, some fast-moving challengers would have entered the local government technology market and eaten the lunch of these slow moving dinosaurs.

A small number of startups have focused on local government, but their penetration into the mainstream is very limited. Why is that? Why hasn’t one of these them ripped through the market like Amazon ripped through online retail? Why hasn’t the old world been torn down? I’ll take a look at some research on this in a moment.

It wouldn’t be fair to ignore some efforts to change that I’ve noticed. At least a couple of mid-tier suppliers have recently bought – or created from several parts – units badged “digital” or focused around a new product line clearly informed by user research and product-managed in a consciously internet-age way.

It’s too early to say whether these units will mark a change that spreads to other parts of the companies. They may still get absorbed into the legacy culture and lose their way. I’ve not seen public deployments of their products or heard in detail how they work with local government customers. Let’s hope this is the start of some change.

So far, this has been a very personal, anecdotal view, based on my lived experience over 20 years working in local government technology services. But as I mentioned earlier, recent research points to some of the factors contributing to this problem.

Public was founded to tackle the fact that the public sector has yet to be as effectively digitally transformed as many other markets, such as retail, banking or food delivery. Their mission is to get more technology startups and digital entrepreneurs to focus on public sector problems. They can help help by providing the right combination of insight, networks and capital.

Public is also attempting to widen the horizons of public sector decision makers and technology professionals through events and publications. That includes a recent report titled, The Rise of Urbantech: How New Technology is Reinventing Local Public Services. (Rural district and county colleagues, please take a deep breath, bite your tongues for a moment and ignore the implication that only city authorities get to work with new tech!)

To quote from the report, the fundamental assumption here is that “…startups are changing our world, our society and our economies with increasing pace. It is about time they were given the chance to change government for the better, too.”

Public notes a number of characteristics of the local government technology market that underlie the issues that I comment on above.

In their research on local government procurement practice and policy, Public noted that, “local authority buyers tend to be reliant on sectoral networks to surface products and win trust around new ideas,” and that “it is very difficult for even the most savvy and informed buyers to have full visibility of the market.”

This leads to an estimate that local councils are aware of only 3% of the available solutions. On the other hand, the number of bidders for the average local government contract is low – around 3–4 – so procurements aren’t as competitive as they should be.

Hope for the future – changing the local government technology market

I’m not going to end this post on a negative note. There are many councils whose good leadership and professional practice are breaking the mould, often with outside assistance.

Public reference the increased use of “challenges” to stimulate the market, including those launched recently by Andy Street, Mayor of the West Midlands Combined Authority. And I know of a number of instances where great work is being done by a new generation of suppliers under a new generation of CIO and Digital Leaders.

That includes the progress made by Bristol City Council between 2012 and 2017, when a strategic approach to sourcing was designed and implemented with the support of Perform Green. It led to the creation of a Commissioning & Supplier Relationship Management service and a major drive to using the G-Cloud and Digital Outcomes and Specialists frameworks to source innovative new products and services from SMEs.

Public’s UrbanTech report lists a large number of new startups targeting the sector and TechUK ran a #councilofthefuture initiative in 2017. It is to be hoped that the dialogue between innovative new providers, forward thinking local government leaders, and the mainstream of suppliers will lead to meaningful change.